He converted not because of biblical conviction, but for historical reasons. Already this should be the warning lights turn red.

You should not believe in Catholicism for it does not save you. Nor saves Protestantism, but faith in the Lord Jesus Christ saves.

The former Pentecostal pastor Michael Karlendal, who converted to the Catholic Church in 2016, now leaving the church. In a long post on his blog , he explains why - the same blog that he has previously defended and propagated the Catholic faith.

In the long post, he writes, among other things, why he became a Catholic. He thought that the Free Church was history-and, therefore, investigated the "historical roots" in the Catholic Church. And here's a strange thing. He writes on his blog:

"It was not biblical reasons that made that I became a Catholic, even if you can read the Bible in a way that harmonizes with Catholicism, but it was of purely historical reasons."

He converted not because of biblical conviction but by historical reasons . Already this should be the warning lights turn red.

What faith unto salvation?

After again studying history, he changed his opinion and concluded that the Catholic Church does not agree.

"And I have now left the Catholic paradigm and think again as a Protestant."

To me it sounds strange to think only Protestant again after thinking that a Catholic for several years. (If you do not understand the word paradigm is explained here and here .)

It is not about to choose Catholicism or Protestantism. It's all about you, Jesus or not.

You should not believe in Catholicism for it does not save you. Nor saves Protestantism, but faith in the Lord Jesus Christ saves.

Why he changed the church

I wrote an email and wondered if it was all right to publish an article about him on Apg29. He replied that it went well and after having read my draft article, he came with some additional explanations why he changed the church.

"For me, all this has always been a matter of following Jesus and seek to do his will. When I became a Catholic, it was because I had then come to the conviction that the Catholic Church was actually the church that just Jesus established his body simply, and then it would be a fairly reasonable that as followers of Jesus want to be part of what Jesus has founded.

Now I realized that I was going wrong before. Jesus has established a congregation, and the congregation has gradually shattered purely organizational and doctrinal. But none of the branches of the now divided church can claim to be the original root or stem. Following Jesus can not mean that you have to adhere to a certain specific denominations. "

What I understand is Michael Karlendal very learned, well-read and intellectual, but the important thing is to believe in Jesus and are saved. If you have a simple biblical faith in the Lord Jesus, you do not search the "historic churches" to get right, because then is it right.

I react to that as a Christian to convert to the Catholic Church. Do not do well a Christian (a person who is saved) convert (repent) to a church? You repent to Jesus and not to a church.

In his reply to me was Michael Karlendal with me in my view of the word "convert".

"As for the word" convert "I agree with you that it is used in a strange way. Actually, it means the turn, and it does it's only to Jesus. But we must note that the word is used today in a strange way in certain contexts and when having a different meaning than the biblical sense. "

It is positive that Michael Karlendal understand that he can not find the answer he has been looking for the Catholic Church. May the others also understand this who have followed him in his search. The answer you will find only in the Lord Jesus Christ.

And when you receive the living person of Jesus Christ as Lord of their lives they have found the right and got answers!

This article is not meant to hang out Mikael Karlendal somehow (he is a public figure), but it might be helpful for people who are struggling with such problems so that they will not be wrong.

Be happy for Michael Karlendal. It is a brave and honest done by him to dare to admit that he was wrong. 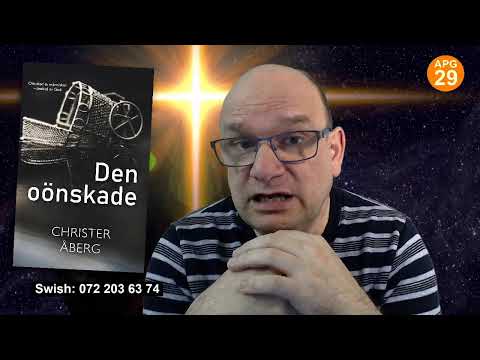