The party presents the declaration of war on Youtube.

Video from the Nordic Department with the declaration of war.

The secretary of the political party, the Nordic Branch, Krar Al-hamede, declares war on Sweden (civil war) if the Sweden Democrats take power.

I got this video sent on Messenger today. I do not know how seriously to take it. In any case, the secretary of the political party, the Nordic Branch, Krar Al-hamede, declares war on Sweden (civil war) if the Sweden Democrats take power.

The threats made by Krar Al-hamede in the video are, to say the least, terrible. If the party were to be only himself, the police and Säpo should still take the threats seriously.

The declaration of war word for word

Below you can read the text literally what is said in the 3 minute and 53 second long clip.

Hello everyone and welcome to a message. It's like this that ... Declaration of War!

We in the Nordic department, we members who exist and exist, they are not visible, they do not want to be seen. Only I can be seen and represent the party at the moment. And we will declare war on the Swedish state if the Sweden Democrats gain power in Sweden. If the Sweden Democrats become the state, we will wage violent armed resistance against the state.

We are located throughout Sweden. From Haparanda, Piteĺ, all the way down to Ystad, Trelleborg, Gothenburg and Stockholm and in central Sweden. We represent the whole of Sweden now. We are ready as soon as the moment the Sweden Democrats gain power in the country, it will be (inaudibly) annulled, and then we will also annul the Swedish law and when a civil war begins.

We will declare war and we will wage violent armed resistance against the state. Against the Swedish state or the Sweden Democrats. We will conduct saber attacks, we have all the necessary equipment needed to quickly take over power in Sweden. As simple as that. We come to ...

The Sweden Democrats are an undemocratic party. They oppress minorities in Sweden, they oppress immigrants, they spread their hatred, they have divided Sweden. And we refuse to accept the oppression, hatred and anxiety that exist among us immigrants. Now that's enough. We ... The last shot was here in Skurup that the veil ban came in. And this...

And if we get the power, we will, put, put all these in court. Judges, judges, doctors and so on. You will not escape our grasp. What you have done to us immigrants is unforgivable and we will not compromise. It's just that simple.

I will be the representative and we will see how many of our members show up and stand by my side, but so far the members are hidden, or they are not visible.

And it is like this: This is meant to be taken seriously and we are ready to declare war on the Swedish state if the Sweden Democrats gain power. At the same moment, this will become a fact. As simple as that. Civil war will become a fact.

We refuse to be oppressed, we refuse to feel anxiety, hatred and division in society. That's enough. End of discussion. Bye.

Politics and threats can not save

I do not know how serious the above is, but one thing I do know: We are living in the last days and need Jesus Christ more than ever.

If you have not yet received Jesus Christ, I wholeheartedly recommend that you do.

Only he can save and deliver. Politics, threats, wars and civil wars can not save - only Jesus! 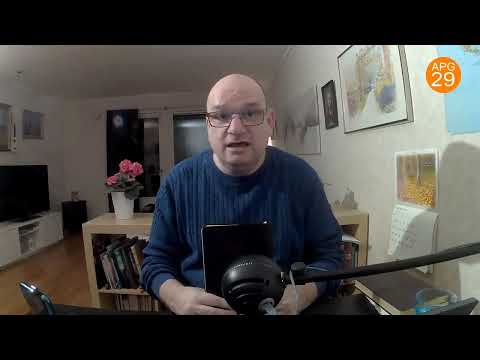